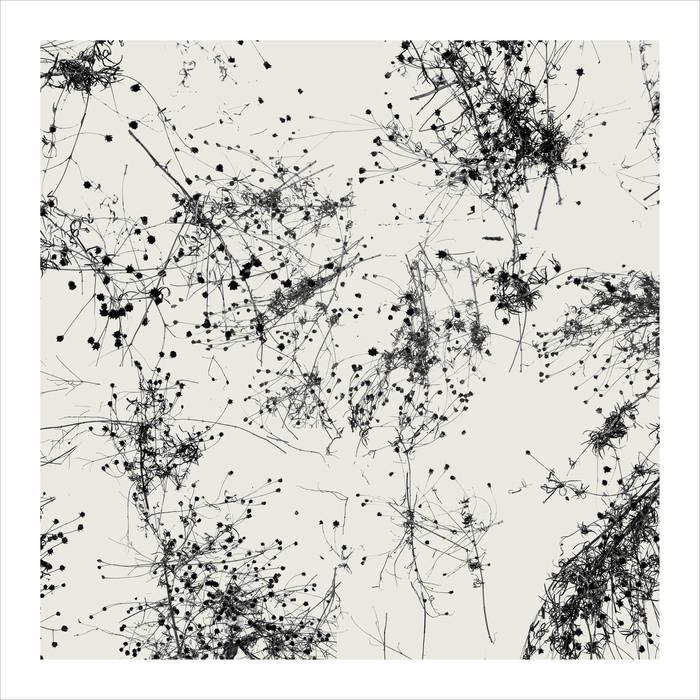 Ducksteino such a great album, melds great with its artwork

Dotflac Of course, fragility, decay and time passing-by are something quite usual when you begin to work with tape loops.

However, Taylor Deupree manages to breathe an endless sensitivity into his compositions, painting seven pointillist pictures of washed-out colors on half-torn canvas. Lo-fi melodies and flickering textures beat at dilated polyrhythms under the dust of time, and still inhabitate the missing parts of these paintings, leaving the audience fill the holes with their sedated imagination. Favorite track: Slown.

Focus on the Breath

Somi is the new full-length from Taylor Deupree following 2014’s Faint (12k1073/12k2025). The release comes packaged as a CD inside a 20-page hardbound book of Deupree’s photographs that inspired the creation of the music. For the music, made with a small number of instruments (electric piano, glockenspiel, DX7, handheld cassette recorder) Deupree originally set out to create a follow-up to his classic album Stil.. Steeped in subtle repetition and soft electronic sound, Stil. explored themes of time and change. However, Stil. was created with purely electronic means - software synthesizers and looping algorithms which explored the then-novel frontier of DSP based “microsound.” With a strong desire to bring the aesthetics of Stil. to his current way of working Deupree used no software or automatic looping, instead opting for the imperfections of creating “loops” by hand. The result is warm and quietly decayed work of spare, discreet tones and dozens of interwoven slow polyrhythms that create repetitions that constantly fall apart and shuffle themselves back together. While these ideas of phase relationships are not new in music, nor to Deupree’s catalogue of work, it was the way he approached the composing that was different, and more challenging, than his work in the past. Wrapped up warmly in the sonics of cassette players and cheap built-in speakers, Somi’s dusty melodies sit quietly, but uneasily, and question the passing of time and present one of Deupree’s most alluring albums to date.

The process used to create Somi is discussed here as excerpted from Deupree’s writing inside the book:

In my early experiments with repetition I used a host of software-based looping tools which allowed me microscopic control over timing and repetitions. As my aesthetics and work veered toward the more natural and organic I began to incorporate acoustic and found sounds into my compositions. I found the natural variation and irregularities of acoustic instrumentation gave my loops a fragile subtlety that wasn’t available in software. Likewise, moving from software to hardware-based looping devices, and eventually tape loops, introduced a whole universe of beautiful imperfections that only made the repetition more varied and alive.

When I was conceiving the ideas for a new album, that would become Somi, I wanted to take the looping another step further into the imperfect and started experimenting with “hand-made” or manually created loops. With this technique, instead of using any looping devices at all, software or hardware, I would simply play phrases over and over, at a specified temporal division, for the length of the composition. What I found was that my “loops” still remained repetitive but now had the added irregularity of slight timing and timbral variations, because every note and every cycle was played by hand.

The further I explored this technique the more I found that the fewer notes I played during each cycle the better multiple passes and tracks would layer with each other. Each layer, each manual “loop” would also have different lengths. Perhaps the first would repeat every 19 seconds, and then the second every 12 seconds, and another at 64 seconds, and so on. I found as I stuck to a strict looping timer (as much as I could by watching it and playing by hand) notes from each layer would fall on top or in between previous tracks at random locations and create interesting relationships and phrases. Each layer would repeat at different intervals, the equivalent of having a dozen different time signatures in one piece of music. - Taylor Deupree, April, 2016